Lotika Sarkar (1923 – 2013), who passed away in Delhi recently, had done foundational work in terms of the feminist interpretation of the law in India. As one of the four writers of the famous letter protesting the Supreme Court Judgment on the Mathura rape case; as one the key authors of the important “The Status of Women Committee Report”; as a co-petitioner in a significant Public Interest Litigation case, she will continue to inspire future generations. There was no fuss about LS. Just meticulous preparation and grounded work… A warm and personal tribute from Usha Ramanathan, with whom Lotika Sarkar spent the last phase of her life. 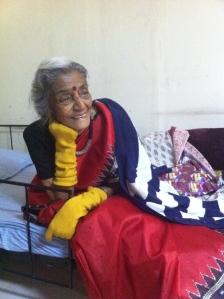 We  have to marvel at how the world has changed since r*** was a four letter word, and young Lotika Sarkar (1923-2013)  – the first woman lecturer in the Faculty of Law, University of Delhi –  shocked the department by teaching rape to her students. This is what happens when you let women into hallowed institutions of learning: they don’t understand that, even when they are allowed to be seen, they may not be heard about the obscene. This was our LS-given, early version of the Vagina Monologues, without the theatre. Shift to the present: it seems that the battle to take rape to the classroom is far from over; except, thanks to LS, it is prudery that is on the back foot now.

When the letter protesting the ‘Mathura’ judgment was written, it constituted many firsts. It was the first time that an ‘open letter’ was written to the Chief Justice of India – braving its contempt powers. A first for law teachers – Upendra Baxi, Vasudha Dhagamwar, Raghunath Kelkar and LS – questioning the legitimacy of the court’s decisions. The first time the cover of silence shrouding custodial rape was torn asunder by the written word. It is one of the contradictions of those times that, in the wake of the `Mathura’ letter, the law was changed to make it a crime to reveal the identity of a victim of rape. Yet, `Mathura’ remains ‘Mathura’, while Tukaram and Ganpat haunt the peripheries of feminist consciousness. Such is the stuff of which iconisation is made.

A while later, LS was to advocate caution in shifting the burden of proof:  a matter that continues to need explaining, and demands debate – especially with the state having used terrorism as a causative agent for extraordinary laws!

In a haze of cigarette smoke, in a room in Delhi’s Centre for Women’s Development Studies, dwarfed by the personalities of the two women in it, sits a third, listening to a narrative unfold. “When they set up the Committee on the Status of Women in India (CSWI), no one in government expected the report that we produced,” chuckles Vina Mazumdar. LS smiles wryly. No one in the committee had anticipated the work, travel and discovery either. Soon, though, they had formed teams, and were coursing in all directions, meeting women of all ilk and hues, life experiences and dispositions, all over the country. Before they knew it, the women they met unalterably radicalised them. The Status of Women in India Report (1974) is testimony to what they learnt from the women who spoke to them.

It was on reservation in legislative bodies that LS and Vinadi dissented. You see, we had not gone looking for how the political system should be changed for women. But wherever we went, women would raise the problem of political participation. The report had to reflect what they were saying. The Note of Dissent was to resurface years later with the Women’s Reservation Bill.

Thinking back, this was a casual conversation while taking time off for a smoke. If this is the stuff of which feminist gossip is made, it is no wonder that the women’s movement is now so articulate about how the law needs to change, and where it needs more thought; a far cry from a government that seems clueless that neither patriarchy nor paternalism can provide answers to the women’s question.

Feminism, as feminists know, has its share of mirth; and more than its fair share of serious business. The serious business of feminism was on display when LS was co-petitioner in the public interest petition on the Agra Protective Home. ‘Protective home’. We know what that means. The conditions were abominable, the rules were like those of a punitive institution, and codes of civilised conduct seemed to stop at the doorstep. In 1994, when she was over 70, it fell to LS to pursue the case in the Supreme Court. She was daunted, but determined. What was at stake? In illustration: now that the ‘Home’ was under the court’s scrutiny, it had directed the District Judge to file a monthly report on the ‘Home’. In this document that was accessible to anyone who cared to look at court papers was the record for every woman in the ‘Home’, tying up her identity with her HIV status. On August 30, 1994, the court directed that all persons testing positive be segregated! On October 10, 1994, armed with a doctor’s opinion, LS stood her ground with a reluctant court to change its earlier order. Fighting prejudice is an everyday task for the feminist, right? It tired her out, and she did the rest of the case with Muralidhar by her side, but she stayed the course.

There was no fuss about LS. Just meticulous preparation and grounded work. Ask Gobind, Khem Singh, Dayalji in the Indian Law Institute library, and they would tell you that “Madam worked very hard.” And, they would say, in voices tinged with affection and respect, that they were happy to take the books to her, but, no, she will go to the racks and get the books down herself. Mutual respect, no hierarchy, unacceptance of nonsense, and a deep sense of fairness. No pre-judgment, no prejudice; but excellent judgment. 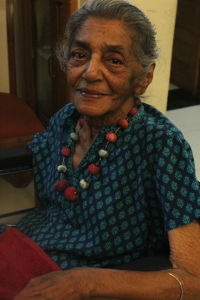 Students who are now teachers speak of being ticked off by her, and then treated to a cup of coffee in her room. There was never any malice, jealous self-interest or meanness about her. Sure, there were those she did not like or trust – but isn’t that what judgment is about? There is just one person about whom I have heard her say ‘he should be punished’, and that after extraordinary provocation. Need I say more? With her friends, it was affection, jollity, respect and a free exchange of thought, opinion and …. well, lunch.

Have you had payesh with mini-oranges? What about lauki in milk with ginger and an indefinable something? Or palak in a million combinations? Ah, that tomato chutney – we have to find another name for it that will do it justice. The three-tiered dabba was not hers once she reached ILI, CWDS, perhaps the Law Faculty too? Her most delectable concoctions were made from – guess what? – leftovers. The thing is, it was true. A visiting friend may leave some mushrooms in a form that does little to add pleasure to the palate; overnight, it would become a creation whose recipe must be written; except, it had just one ingredient – leftovers!

Politics and pleasure were on the same canvas. Who among us remembers LS, laid up after a hip surgery, spending the evening before 2006 was to arrive, with friends, wine and chocolate cake, discussing a freshly minted Protection of Women from Domestic Violence Act which, she angsted, she needed to understand.

When Anthony Lester writes, about LS, that “she changed my life ……. But for Monu, i would not be a human rights lawyer”, he is expressing a sentiment oft-voiced. At the release of LS’s festschrift (1999), I am told, the hall was full to overflowing. As the proceedings drew to a close, as indeed they must, there was a spontaneous standing ovation. I didn’t hear it then, because I wasn’t there. But, after four years of sharing a home and being witness to her inexhaustible charm, cheer, comradeliness, compassion, concern, quiet – very quiet — dignity, trust and fairness, we know why the applause will never stop.

ps – A memorial meeting to remember Ma’am (Lotika Sarkar) will be held on the 22nd of March, at Delhi’s Nehru Memorial Museum and Library. 530 pm.

ps – One reason feminists are fighting the battles they are today is because others, like lotika sarkar, fought and won foundational battles against even more antediluvian notions. And, yet, how quickly they and their battles fade from public memory! Take me. I learnt about her three years ago. Got to know her a little once she came to live with Usha (Ramanathan). But did not know much about her body of work, or why her students and friends doted on her. Which is one reason I was so glad when Usha wrote this tribute. It is good to know about the giants on whose shoulders we stand. 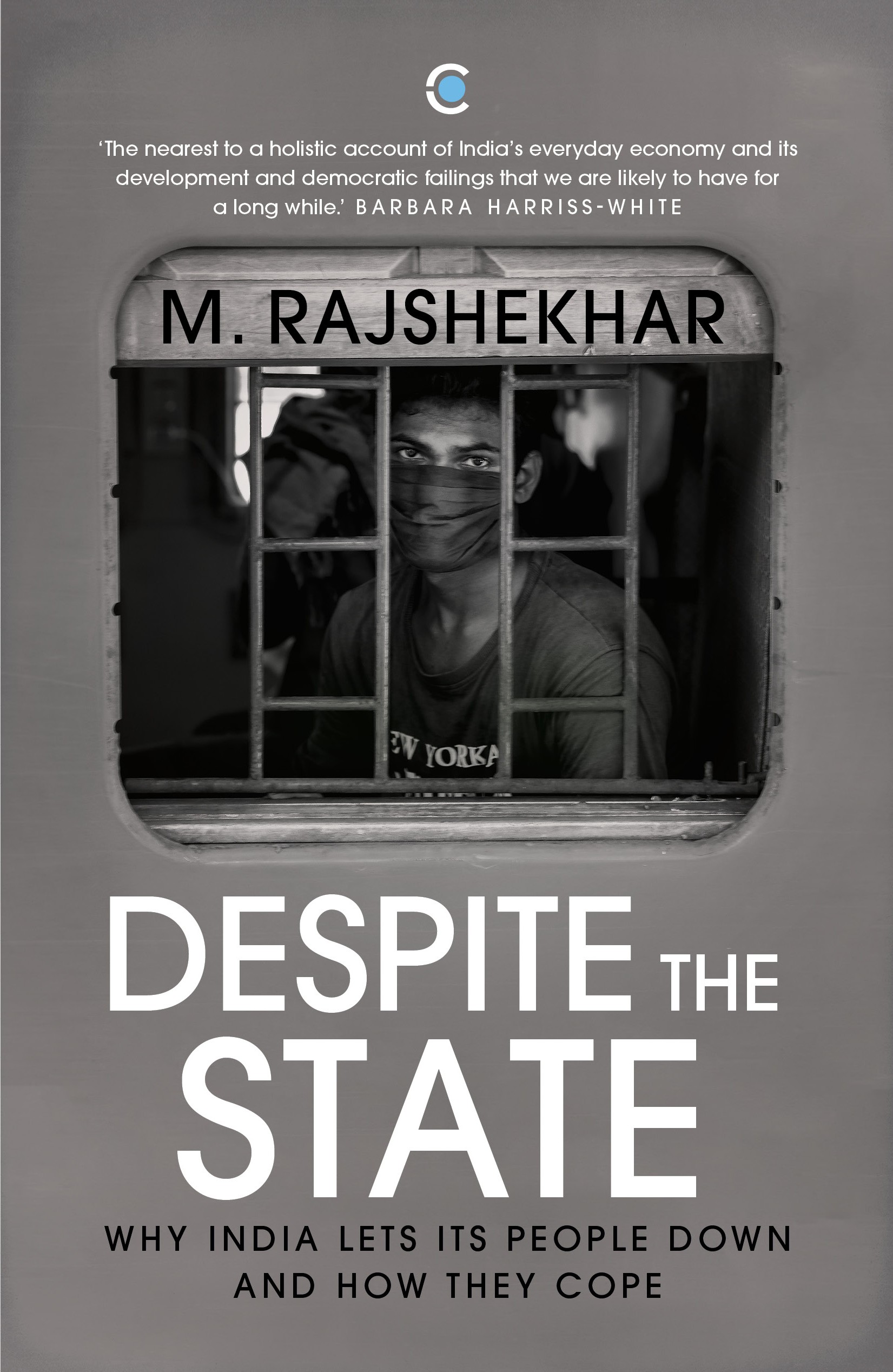