For a few years now, I have sneaked off every December for a relatively long bike ride. The brain gathers all manner of stresses and tensions as each year vends along, and it has seemed like a good idea to leave email, twitter and other horsemen of the ‘constant connectedness’ apocalypse behind and hare off somewhere on the cycle by the end of the year.

This year, two friends and I pedalled from Pune to Goa. Nine days of cycling, clean air, no email, simple food, kokum juice/soda, coconut water, sugarcane juice, homestays, heat, ferry crossings and old tar roads that rose and fell along the hills, plateaus and valleys of the Sahyadris.

A most delightful time was had. Especially up on the plateaus with their gently undulating roads, the occassional glimpse of distant ocean, and acres of golden wild grass growing amidst black basaltic rock. Cycling through these plateaus, with the heat in constant attendance, made for some meditative moments.

Am appending some pictures. Have to get some of these framed. Just so that I remember this ride. Especially those hours up on the plateaus. Those were almost transcendental. 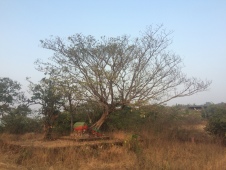 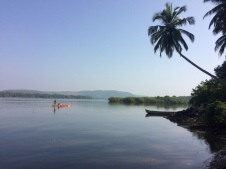 One thought on “and now for something completely different”