the last few weeks have seen a lot of travel. gujarat. before that, chhattisgarh. and before that, kerala. and i will soon be in andhra and maharashtra. am uploading some snaps from some of the places i have visited. in the weeks and months ahead, i need to travel more, spend more time in the field, and do a better job of reporting on the processes underway in india than i have done till now.

taken at a village on the road between chintalnaar and dornapaal in naxalism-affected sukma district, chhattisgarh. villagers wait for the last jeep of the evening heading back to dornapaal.

the veneer of normalcy during an abnormal time. a boy washes clothes at a well in a village both naxals and security forces lay claim to

more of the same. children from the same village. they were shy at first. but after i showed them the first photo i took of them, they became quite happy to stand and be photographed. 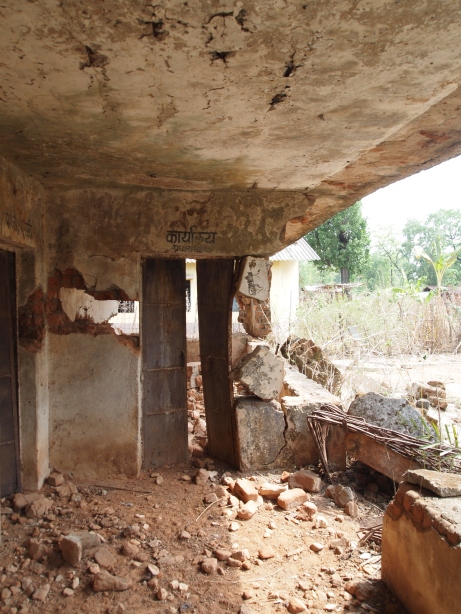 collateral damage as two worldviews collide. a primary school blown up by naxals in bhairamgarh, on the way to bijapur. 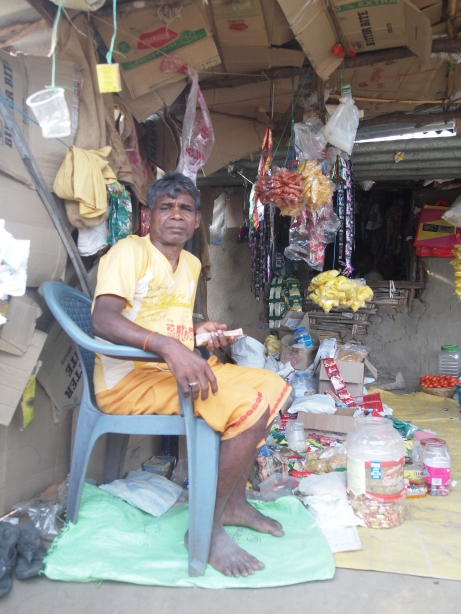 a big farmer forced by naxals to leave his village. he now lives in a new village with little more than this small kirana shack to support him. halfway through our chat, he broke down talking about his life in his earlier village.

i come back to delhi after this draining trip to chhattisgarh. and soon enough, in the isolation chamber of the capital, the names and faces and stories and urgency of events underway in india’s hinterland begin to fade. this photo was taken at a now emptying salwa judum camp between sukma and konta. i have to look up my notes to recall its name — errabore.

this slum? this is where fishermen near kandla port, gujarat, live.

life next to the economic engine that is india’s second largest port. 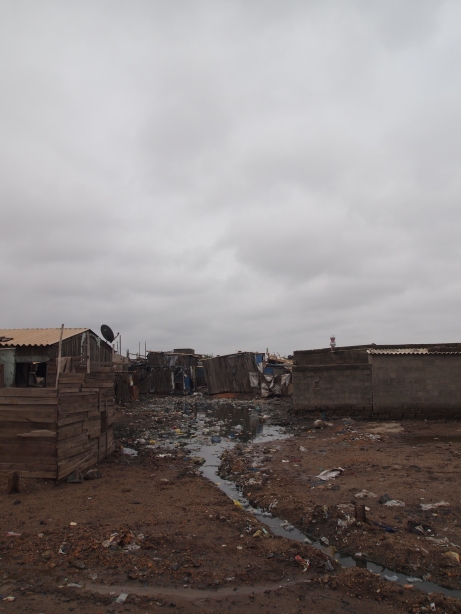 and a village near mundra. a lazy photo taken through the cab’s windscreen.

and then, there are the odd moments of reprieve. a fascinating book. or occassional glimpses of the sublime. here, rock carvings at edakkal caves, wayanad, kerala.

in a bus heading from kochi to wayanad. the best way to while away time in this biodiversity-squelching country of ours is to sit in a state transport bus and watch the land go by.

three and a half years have gone by at the economic times. and i am slowly realising just how unequal my work is before the processes at work.

see it like this. a while ago, i had reproduced an excerpt from a graphic novel on berlin where the narrator, a journalist, says this about journalism.

I imagine the daily output of the entire newspaper district. It makes me think of drowning, but I want to be able to see it another way. Instead: human history as a great river, finding its course along the lowest points in the landscape, and each page as a stone. Tossed in without purpose, just to see the splash, thousands of them might raise the water level until it escapes the confines of the riverbed. The water spreads out, the force of the river diminishes, before long, a marsh. But if each stone is placed carefully and with purpose, perhaps something can be built. Not to dam the current, but to divert its course.

it is a good way of looking at journalism. but of late, after writing on coal and whatnot, another river-based analogy comes to my mind. if human history is a river, all we reporters do is shine a light on a part of this river for some time. but, given the plethora of things to write about and the velocity of the river itself, in some time, the spotlight of the media attention inevitably moves away to examine other parts of the river. which means the previous set of issues being covered again slip back into obscurity. also, what the spotlight picks out, most of the time, is the stuff visible on the surface. deeper processes underway in the belly of the river escape our notice.