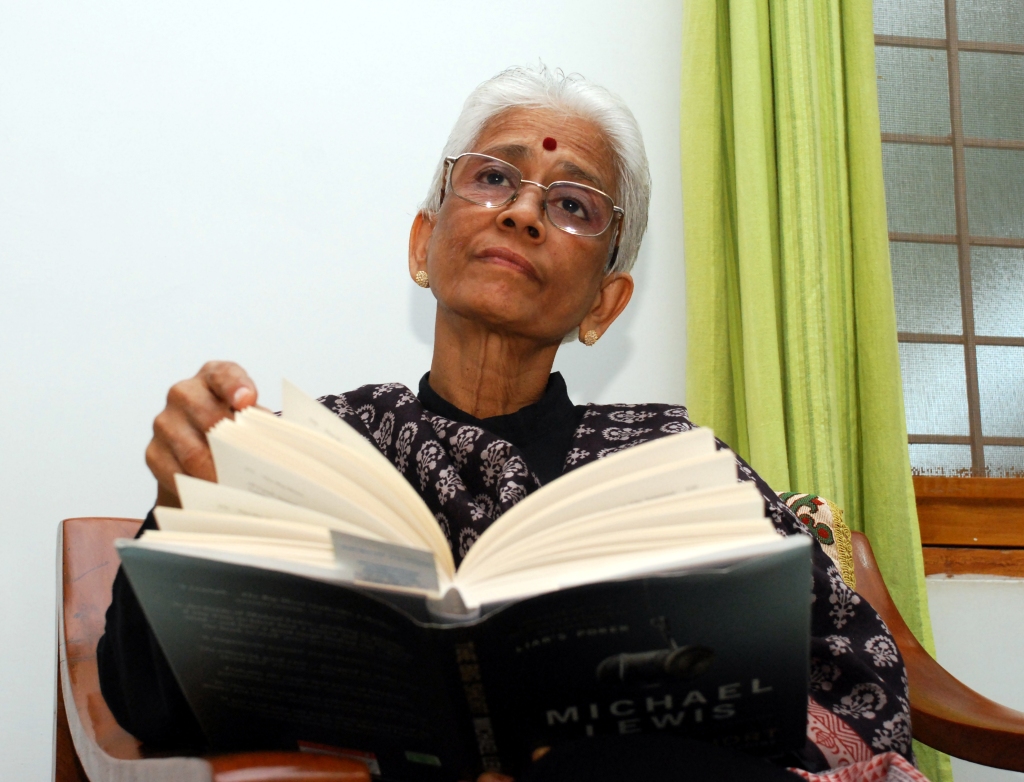 i have written about her earlier here. and, over here, you can see the complete transcript of that interview. the transcript is a must-read, i think. do take a look.

on friday, i added an obit to that small list. which you can see here.

Her stories — and stories about her — from this period are legion. Rajagopalan, a small, slender woman who was fond of driving, would routinely drive off in CDF’s jeep to check on her co-operatives. Once at a co-operative, she would not interfere in the decisions the members made. That was non-negotiable. Every decision was best made by the locals. Years later, she would recall with great amusement (I should  have said ‘relish’), incidents when village women demolished her critiques of their decisions.

Later, as political meddling hobbled co-operatives, forcing several to shut down, she became one of their most ardent defenders. She fought for the creation of new co-operative laws — first in Andhra Pradesh and then in other states like Karnataka, Orissa, Bihar, Jharkhand, MP, Chattisgarh and Uttarakhand. Next, as times changed some more and co-operatives began to be seen in larger policy circles as an outmoded idea, she kept fighting — first from CDF, and then as an independent consultant.

i got to know shashi last jan while working on my first story on the mfis. a year and a half of knowing her. not long by any stretch of imagination. but, god, she was — to use one of her favorite words — wonderful!

i will miss her.

One response to “So long, Dr Rajagopalan”